Prelude to our very own British BKC title winner @Josephkatsantonis, the team at Rye are delighted to announce this exciting opportunity to win 2 tickets to Kart Mania 17 held at Silverstone on the 3rd of December where Joseph will be collecting his BKC National Championship Award!!

Marking the 10th anniversary for ‘all things karting’ at the home of British motor sport, Kart Mania is set to be pretty damn awesome!!

We like to play our role in helping our young talent with exposure that they deserve… “Aside from hard work, dedication and a natural talent, Joseph is a great kid” says Ryan Musk – Rye House

The competition is simple, all you need to do is tag 2 of your friends and follow the champ on his journey. The winner will be announced LIVE on Facebook on 29th October at The London Cup where Joseph will be competing in an attempt to round off his already superb year!! 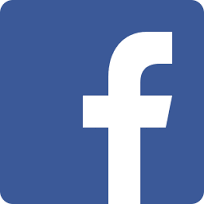